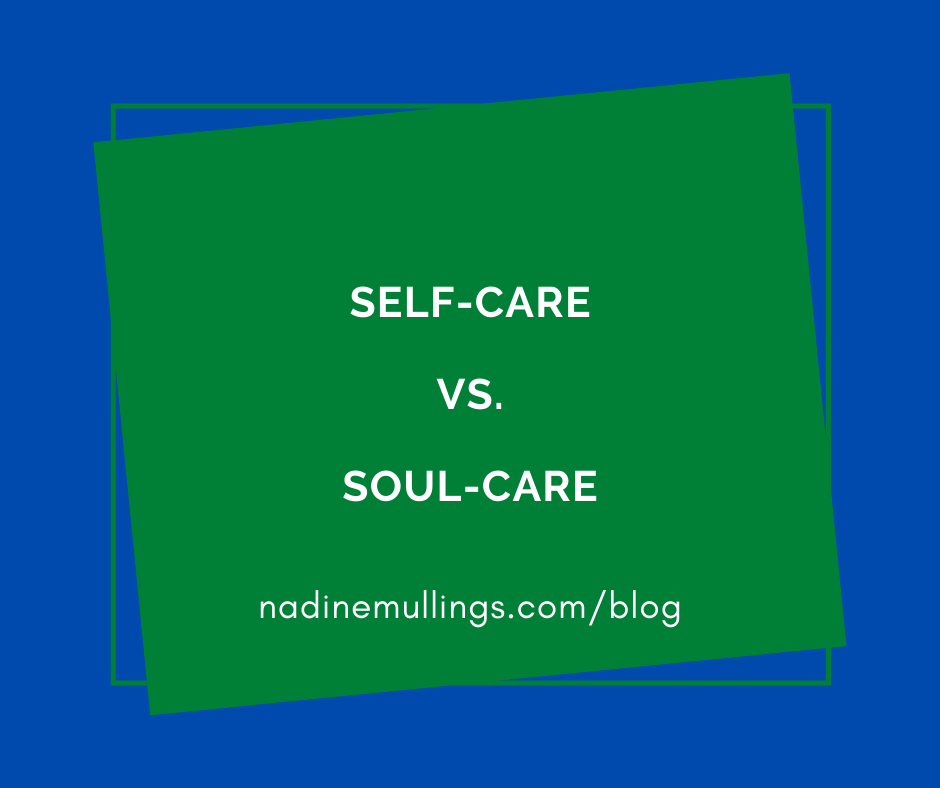 There has been a lot of talks lately about self-care, especially for women and specifically for mothers who tend to have busy schedules that include taking care of kids, husband, house, work, etc.

I definitely believe it’s important for us all to make self-care a priority as the saying goes, you can’t pour from an empty cup. So putting yourself first and taking care of yourself is important to not just your own well-being but for the people who are close to you.

In this post, I will be talking about not just self-care but specifically soul-care, what does it look like to take care of your soul on a consistent basis? 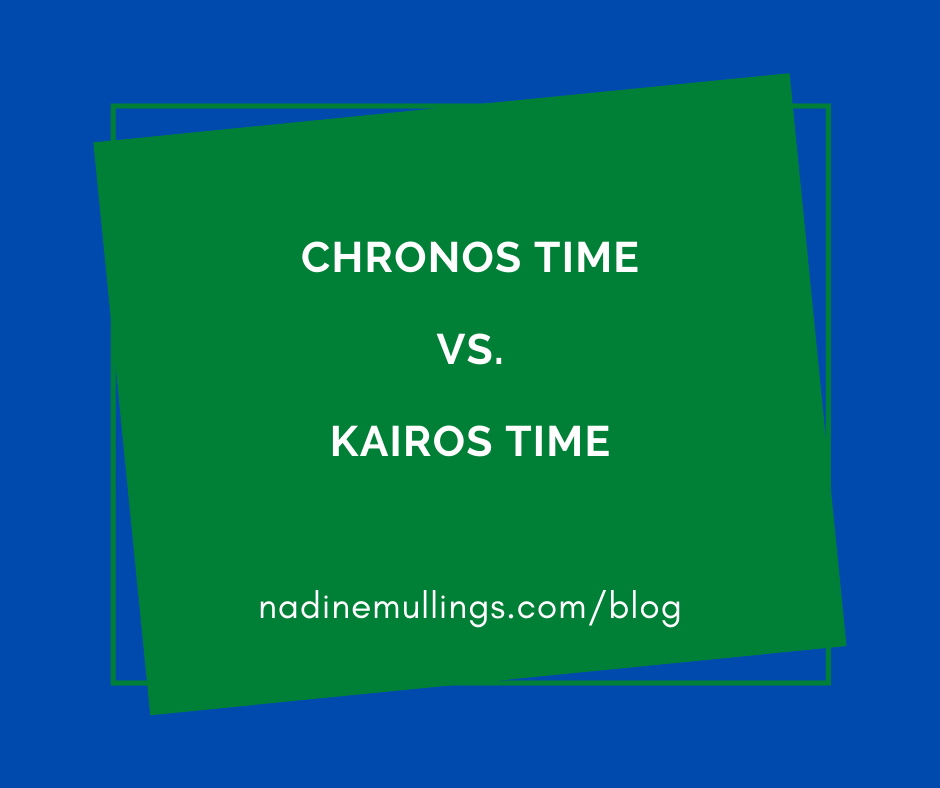 Last week on the blog I discussed the difference between busy work v life’s work and how a large percentage of our time on earth will be spent working, so it’s important to make sure you are doing your life’s work and not just busy work. If you missed the post, be sure to check it out.

This week I want to explore the definition of time and go a little deeper on the topic of how we spend our time. I recently have been becoming more aware of the concept of Kairos. According to Wikipedia, Kairos is an Ancient Greek word meaning the right, critical, or opportune moment. The ancient Greeks had two words for time: Chronos and Kairos. The former refers to chronological or sequential time, while the latter signifies a proper or opportune time for action. 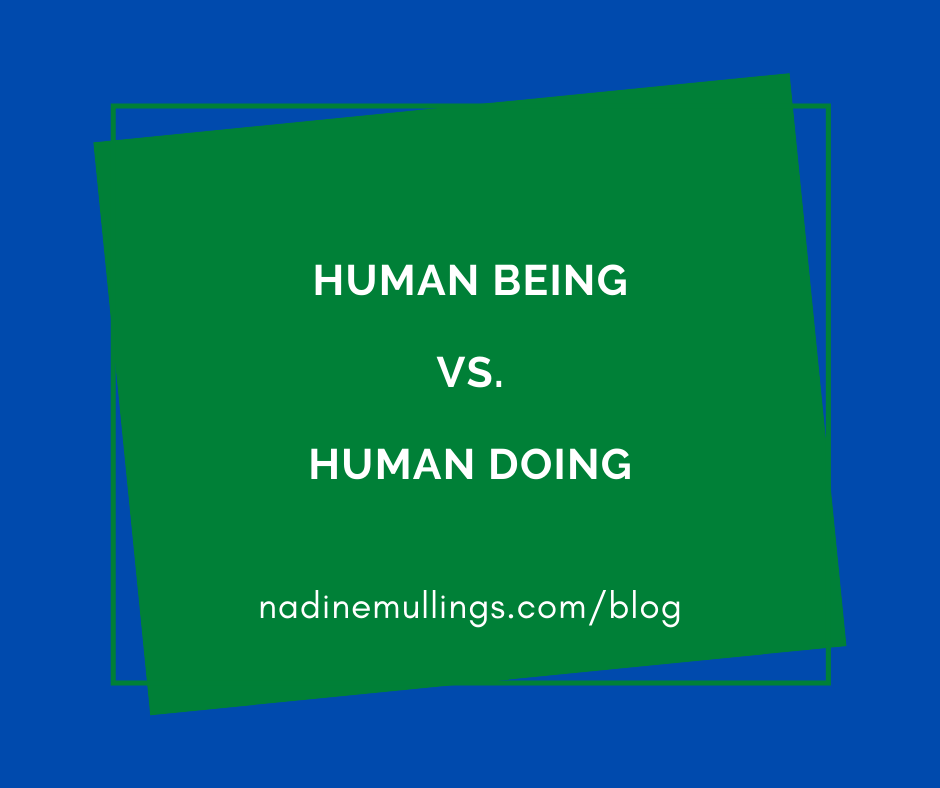 When you first meet someone at a networking event, one of the first things that you might ask is “So, what do you do?” What we do plays so much of a large part of who we are that as a society we tend to focus on what we do instead of how we are being.  We would never ask someone “How are you being?” we would however say “How are you doing?”  The concept and fact that we are human beings and not human doings is so important that I decided to focus on this topic this week.

I remember at an event that I was hosting several years ago one of the attendees mentioned that she created a “being list” in addition to a “doing list”.  This concept always stuck out to me because I thought Wow! that’s such a good idea! We are so used to creating daily “To do” lists with all the things we need to get done, but have we stopped to create a daily “To be” list with all the ways we want to feel and show up in the world?

In this post, we will focus on human being v human doing. 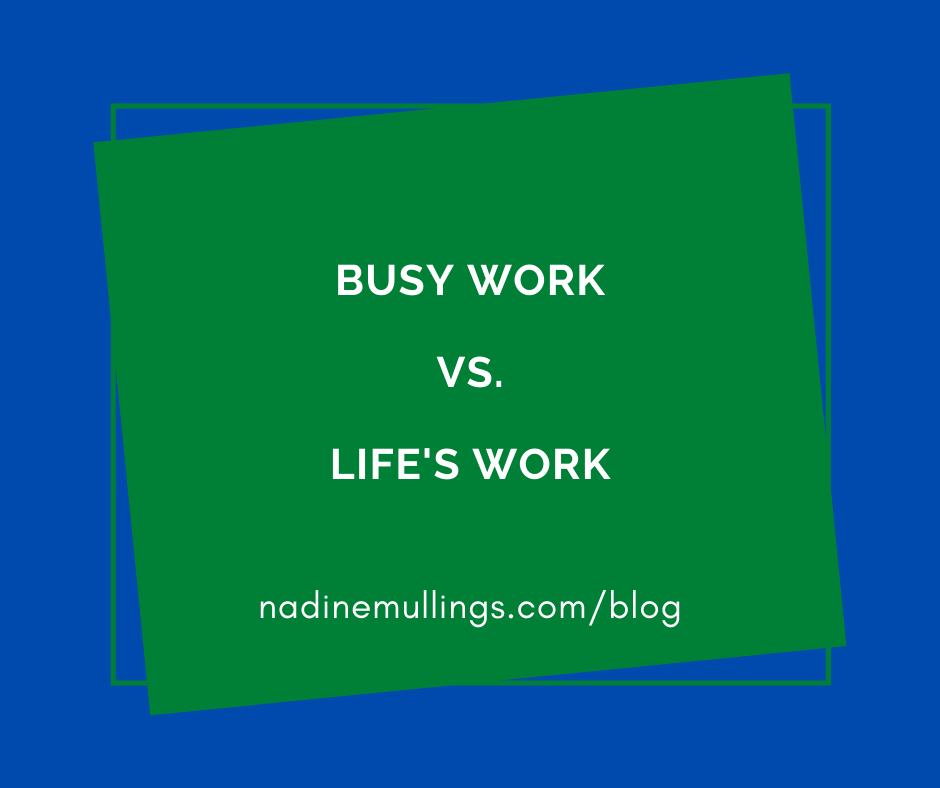 Did you know that your time is one of your most valuable assets?  During our lifetime we will spend a large percentage of our time working on our jobs.  In fact, it is estimated that the average person will spend 90,000 hours at work over a lifetime.

So considering this, it would make sense that we choose a job or career that we find enjoyable and impactful.  However, many people work in jobs or even careers that they don’t even enjoy for months or even years!

It’s so easy to get stuck in a cycle of doing work that we don’t enjoy if we think of a job as a way to make money to pay bills, but I believe strongly that God did not put us on the earth to pay bills and die!  He has given each of us a bigger purpose and He desires us to use our talents, abilities, gifts, and skills (I like to call our T.A.G.S.) to do purpose-driven work which is our life’s work.

So how do we identify the difference between “busy work” and our “life’s work“?  I attempt to break it down in this post. 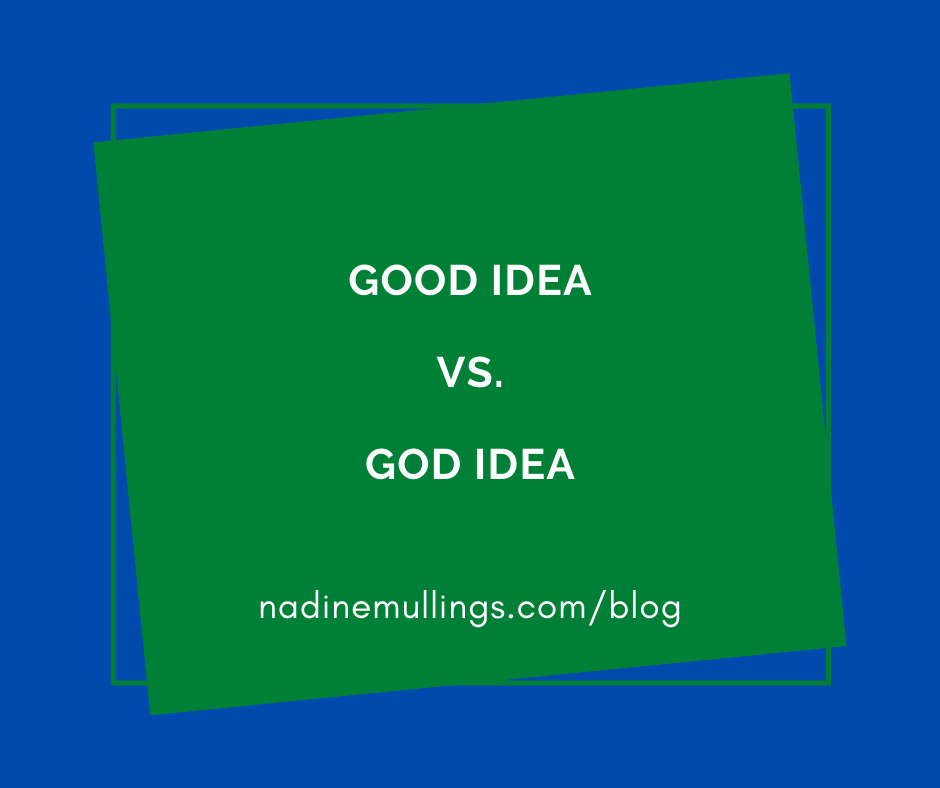 A couple of years ago, I was on an interview and I was asked, “What do you think is the difference between a good idea and God’s idea?”  The interviewer felt like all good things come from God so if it’s a good idea then move forward with it.

At the time, I didn’t have a clear point of view of a good idea versus a God idea, but several months later it became crystal clear what the difference was. So in this blog post, I will share the revelation that I received regarding a good idea v. God idea.

As entrepreneurs and business owners, we usually have more ideas than the average person, and many ideas could be considered good ideas. The question then is, as a believer how do we determine whether to move forward with a good idea and if the idea is what God desires for you to do?

Last week we discussed CLARITY and how it equips you to effectively market your brand. Check out the blog to learn 3 areas you should be clear on when it comes to marketing your business.

This week I’m shaking things up a bit because I wanted to share with you a special message – my FAITH FRIDAY message. It works the same as Marketing Monday in that I choose a focus word related to faith in business. This week the word is BELIEVE. Watch the video and/or read the summary below to learn 5 key points about simply believing!

Whoever humbles himself like this child is the greatest in the kingdom of heaven. (Matt. 18:4 ESV)

How to Have a God-focused Mindset in Business 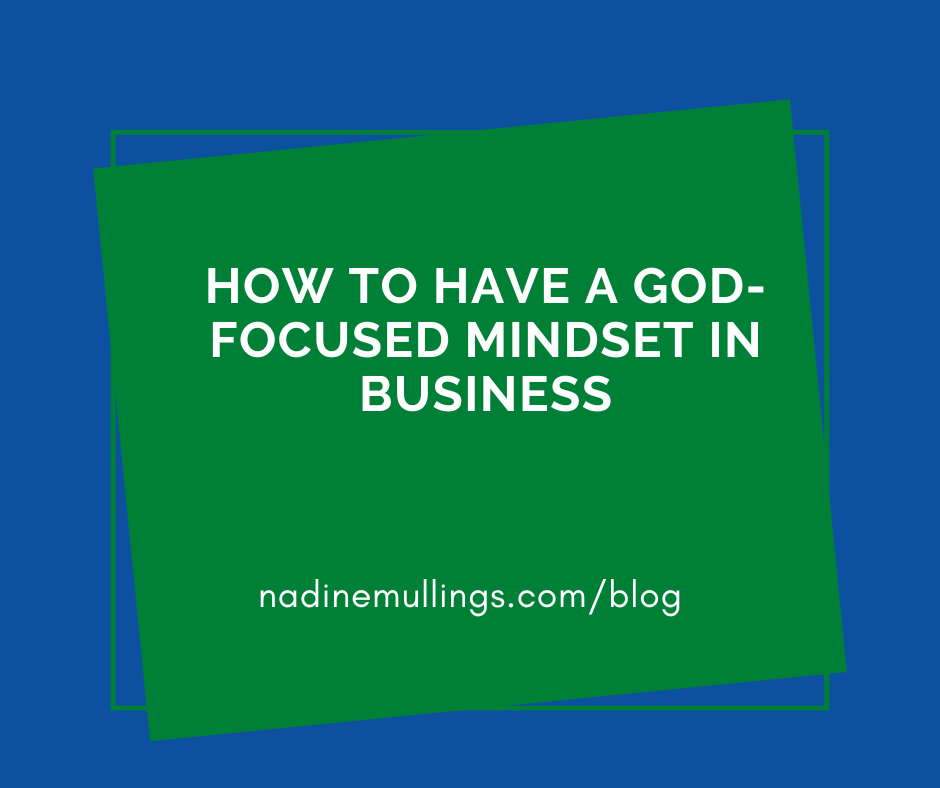 Last week we talked about how our beliefs impact our mindset. Keep in mind that our success is driven by our mindset. In that post, I shared 3 key things you need to believe in to be successful and fulfilled. This week as we talk about mindset, I want to focus on how to have a God-focused mindset as a business owner. Take a look at the video or read the summary below to learn more about putting God at the forefront of your business.

END_OF_DOCUMENT_TOKEN_TO_BE_REPLACED
Posted by Nadine Mullings  |  Comments Off on How to Have a God-focused Mindset in Business  |  in Blog, Business, Faith, Marketing, Mindset, Purpose
September

3 things to believe to be successful & fulfilled! 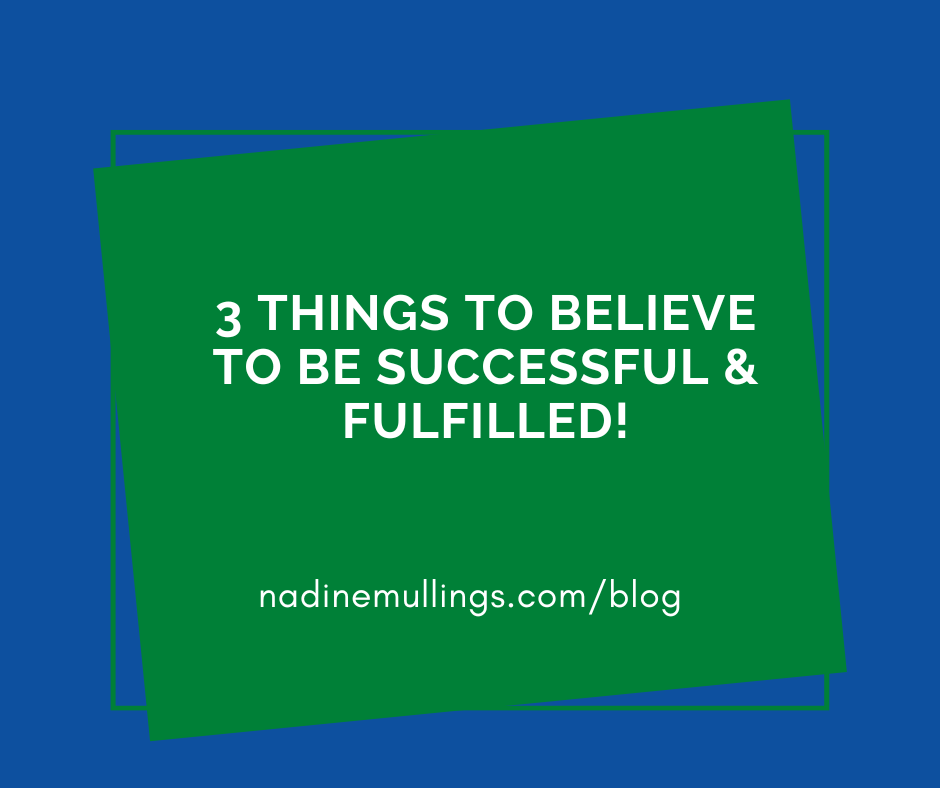 As you may know, I am an avid reader and enjoy what I read. Last week, I shared a few tips from High Performing Habits by Brendon Burchard. One of the tips he offered is about envisioning the future and how we need to be intentional about who we want to become. Be sure to check out that blog that asks the question of who are you becoming?

This week we continue on our journey of mindset because 80% of how we become successful is driven by our mindset. Our focus this week is belief. I want to share 3 key things to believe in to become successful and fulfilled. Take a look at the video or read the summary below to learn more about belief and its impact on your success and fulfillment. 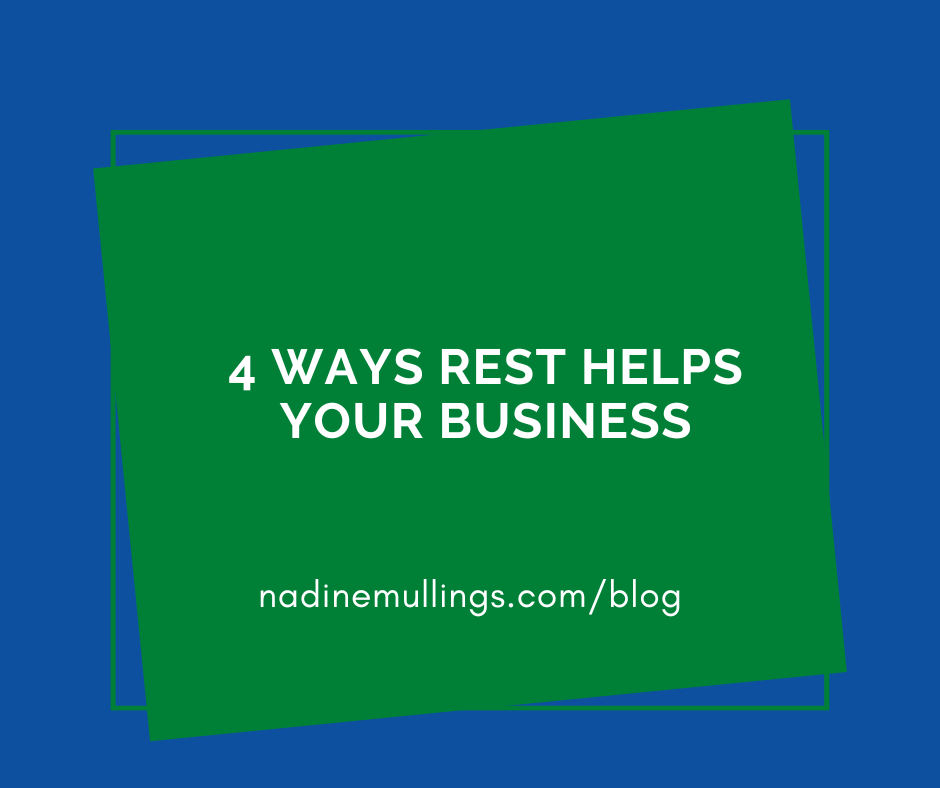 Recently, our world was required to shelter in place. This was a very new experience for most of us and most of us will never see it again. However, the shelter in place caused us to pause our regular activities; we had to learn new ways to live and work. You can review more about this in last week’s blog – Collective Pause of 2020.

This week I want to take a look at one of the areas that pausing allows us to focus on. REST is the first part of pausing. Take a look at the video or read the summary below to learn 4 ways REST can help your business during the Collective Pause of 2020.

Who are you becoming? 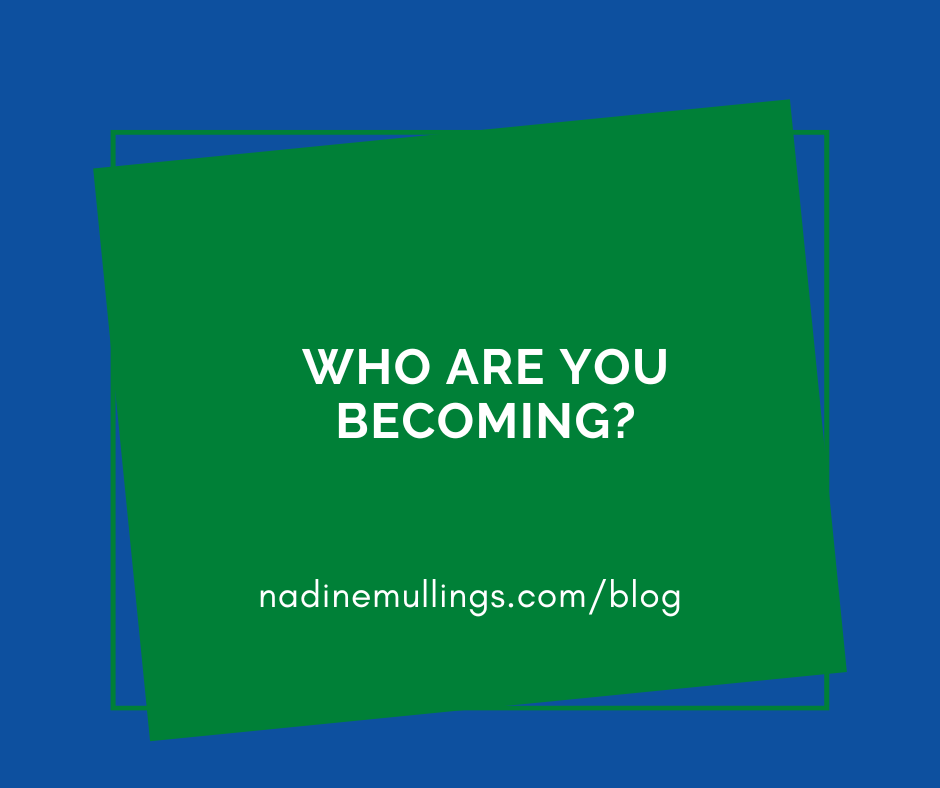 It has been found that 80% of our success is attributed to our mindset. Our thoughts are the root of our actions. Therefore, while we explore mindset let the focus be on your thinking. Currently, I am reading High Performing Habits by Brendon Burchard.

One of the tips he offers is about envisioning the future. He explains how we need to be intentional about who you want to become. We need to have a vision beyond our current circumstances. Take a look at the video or read the summary below to learn how to answer the question of who you are becoming.

END_OF_DOCUMENT_TOKEN_TO_BE_REPLACED
Posted by Nadine Mullings  |  Comments Off on Who are you becoming?  |  in Blog, Business, Engaging, Faith, Marketing, Mindset, Purpose, Vision